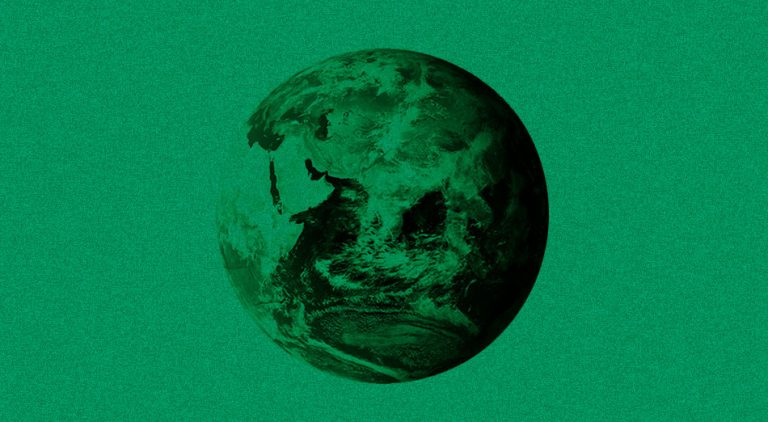 Download the PDF in English, Spanish, Portuguese, Italian, and French

Four and a half million people died infected by COVID-19. This global tragedy is the prism through which we must analyse how and in whose interest the ruling system on the planet works.

In the span of a few months, the pandemic compacted political, economic, and social phenomena, the consequences of which would take years to manifest in other circumstances.

Some of the issues that were clearly magnified through the lens of the pandemic are job insecurity, deficits in health systems, inequality, North-South relations, the United Nations’ failure to coordinate a collective effort, the use of unilateral coercive measures as a weapon to control and punish many peoples, global economic vulnerability, and the role of the state.

The multidimensional and existential nature of the crises faced by humankind and by life on the planet compels us to create and strengthen all possible opportunities to gather towards collectively building a common, intersectional, and inclusive horizon that enables us to reclaim our social and political initiative.

In this context, the Executive Secretariat of ALBA-TCP along with Instituto Simón Bolívar for Peace and Solidarity Among Peoples and Tricontinental: Institute for Social Research decided to hold a meeting of research institutes with the purpose of carrying out the challenging and urgent task of designing A Plan to Save the Planet.

After several working sessions, we now have a systematic set of proposals before us that will allow us to change the course towards which the capitalist system is leading our species and all living creatures on our planet.

This document has already taken on its own life and belongs to all the people and collectives willing to improve it and turn it into an instrument to fight against imperialism, colonialism, and capitalism.

Over the course of this pandemic, awareness has grown about the fragility of human society. Many parts of the world crumbled before COVID-19 while the fact of climate change introduced us to the reality that several species of plant and animal had gone extinct. Between annihilation and extinction stands the fate of the planet.

Sacha Llorenti, the Executive Secretary of ALBA-TCP, assembled a group of research institutes to draft A Plan to Save the Planet. This plan was to be written from a people-centred perspective against the profit-centred approach of many international institutions (such as the Organisation for Economic Cooperation and Development and the World Economic Forum). This document emerges out of that charge.

The Bolivarian Alliance for the Peoples of Our America or ALBA was born in 2004 in Havana, Cuba, when a joint declaration and implementation agreement were signed by Commanders Hugo Chávez Frías and Fidel Castro Ruz. In April 2006, Bolivia joined the Alliance, complementing its principles, and the Peoples’ Trade Treaty (TCP in Spanish) was incorporated, which proposes trade based on complementarity, solidarity, and cooperation.

ALBA-TCP is an inter-state body of nine states that promotes the twin goals of sovereignty from external domination and integration for internal advancement. Some of these methods for integration include the development of a common regional currency to reconcile inter-regional trade (the sucre), the creation of regional energy firms to advance social goals (PetroCaribe and PetroSur), and the establishment of a television network to democratise the global communications system (TeleSur). ALBA-TCP is one of a set of regional dynamics that promotes both sovereignty and integration, including the Union of South American Nations (UNASUR) and the Community of Latin American and Caribbean States (CELAC).

What is the Research Institute Network?

To develop A Plan to Save the Planet, ALBA-TCP worked with two research institutes: the Simón Bolívar Institute for Peace and Solidarity Among Peoples and the Tricontinental: Institute for Social Research. Our two institutes gathered together other research institutes with whom we have worked over the years and established a working network toward the construction of this document. This network is an informal gathering which has been strengthened by our common work and which will lead to more collective projects in the future. If other research institutes are interested in joining this network, please write to [email protected].

What is A Plan to Save the Planet?

In 1974, the United Nations General Assembly adopted a resolution called the New International Economic Order (NIEO) that was developed by the Non-Aligned Movement, the G-77, and the UN Conference on Trade and Development. That resolution was based on ‘equity, sovereign equality, interdependence, common interest, and cooperation among all states, irrespective of their economic and social systems, which shall correct inequalities and redress existing injustices, make it possible to eliminate the widening gap between the developed and developing countries, and ensure steadily accelerating economic and social development and peace and justice for present and future generations’. There is nothing to be updated in these sentiments.

The weakening of the Third World Project, the demise of the USSR and the communist state system in Eastern Europe, and the collapse of social democracy in the advanced capitalist countries meant that the NIEO – and its entire agenda of development – were set aside. In their place arose the austerity and security (war) agenda of neoliberalism. The establishment of the South Commission under the leadership of Julius Nyerere between 1987 and 1990 was an attempt to resurrect the NIEO, but its final document, The Challenge to the South, was not given the serious attention that it required. A Plan to Save the Planet is drafted in the tradition of the NIEO (1974) and of The Challenge of the South (1990).

A Plan to Save the Planet is a provisional text, a draft built out of the analyses and demands of our people’s movements and governments. It asks to be read and discussed, to be criticised and developed further. This is a first draft of many drafts to come. Please contact us at [email protected] with your criticisms and your suggestions, since this is a living document. This document will eventually advance through our movements and our institutions, building toward a resolution at the United Nations to save the planet.

A Plan to Save the Planet

Insecurities of various kinds grip the planet. The impact of the COVID-19 pandemic has produced the greatest economic downturn since the Great Depression. This downturn is not reflected in stock prices or in the earnings reports of the major multinational corporations, but in the data on unemployment and inequality, in rising hunger rates, and in rising feelings of desolation and anger. It is estimated that hundreds of millions of people will be pushed into absolute poverty by the impact of the COVID-19 pandemic. This is only one data point in an avalanche of bad news for those who are watching the slide of too many countries into catastrophic debt and despair. An emergency global programme must be undertaken to prevent this result. It is crucial that countries put aside narrow nationalist concerns and engage in a common, cooperative response to this crisis.

Three apartheids – of money, medicine, and food – govern the immediate situation in the world:

Money Apartheid. The external debt of developing countries is higher than $11 trillion, with projections that debt servicing payments will amount to nearly $4 trillion by the end of 2021. In 2020, sixty-four countries spent more on debt servicing than on health care. There was modest talk about debt service suspension, with some small assistance from various multilateral agencies. This talk of debt suspension comes alongside the International Monetary Fund (IMF) policy for states to borrow more money since interest rates are low. Rather than lend more, why not simply cancel the total external debt and – at the same time – incorporate the at least $37 trillion that sits in illicit tax havens? The word that is often used to define debt cancellation is ‘forgiveness’. However, there is nothing to forgive since this debt is a consequence of a long history of colonial theft, imperialist expropriation, and plunder. Richer countries are able to borrow at low to zero rates of interest, while the developing world is charged usurious rates and has odious debts to pay off with precious funds that should be going toward breaking the chain of COVID-19 infection.

Medical Apartheid. The World Health Organisation’s Director General Tedros Adhanom Ghebreyesus said that the world is on the brink of a ‘catastrophic moral failure’. He was referring to vaccine nationalism and vaccine hoarding. States in the North Atlantic (Canada, the United States, the United Kingdom, and many European states) have shrugged aside the call from India and South Africa to suspend intellectual property rules regarding the vaccine. These Northern states have underfunded the COVAX project, which, as a result, is at a high risk of failure, with growing expectations that many people in developing countries will not see a vaccine before 2023. Meanwhile, Northern states have hoarded vaccines: Canada alone built up reserves of five vaccines per Canadian, drawing some of these vaccines from the COVAX. Ghebreyesus calls this ‘vaccine apartheid’.

Food Apartheid. World hunger, which had declined from 2005 to 2014, has begun to rise since then, with China – which eradicated extreme poverty in 2020 – as a major exception to this global trend. World hunger is now at 2010 levels. The UN’s Food and Agriculture Organisation (FAO)’s 2021 report, The State of Food Insecurity and Nutrition in the World, notes that ‘nearly one in three people in the world (2.37 billion) did not have access to adequate food in 2020 – an increase of almost 320 million people in just one year’. Hunger is intolerable. The UN’s World Food Programme projects that the number of those who are hungry could double before the pandemic is contained ‘unless swift action is taken’.

What is the cause of these three apartheids? The control that a handful of companies and governments exercise over the global economy:

We, a network of research institutions that have been looking closely at the long-term crises of neoliberal austerity, induced debt regimes, and maldevelopment, have produced a set of policies toward a new world order. Our plan – drawing from the lineage of the NIEO – puts forward a vision for the present and the immediate future centred on twelve key themes: democracy and the world order, the environment, finance, health, housing, food, education, work, care, women, culture, and the digital world. This is the skeleton of a much fuller plan that we will produce in the year ahead.

Democracy and the World Order

The Network of Research Institutes is a collective brought together by ALBA-TCP, Tricontinental: Institute for Social Research, and Instituto Simón Bolívar for Peace and Solidarity Among People. The text above is part of a process initiated by this group.