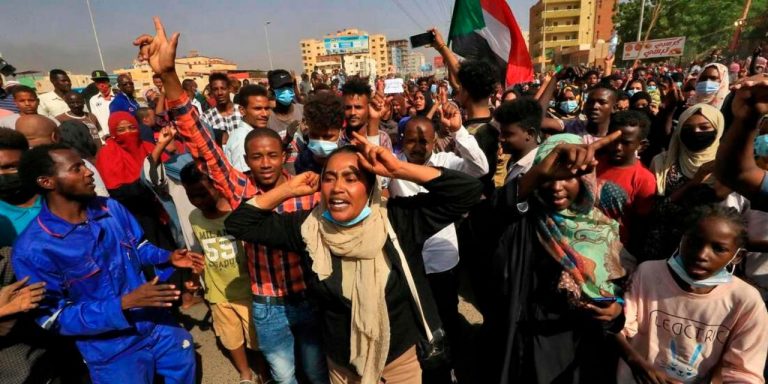 The Sudanese military forces, led by Abdel Fattah Al-Burhan, carried out a military coup on October 25, 2021, according to which they decided to dissolve the Sovereign Council and the government, declare a state of emergency, and start implementing a new transitional situation in which the military institution is in complete command and control.

This coup comes in the midst of a political crisis that culminated in the intensification of the conflict between the two parts of the ruling body, the military and the civil sides, that formed the Sovereignty Council, which took power after the overthrow of the Bashir regime by a popular revolution (the glorious December 2018 revolution).

While the Sudanese people offered their lives to make a real change that guarantees peace, freedom and justice, the move of the military component is considered a circumvention of the political agreements that, from the first moment, contradict the revolutionary path and the aspirations of the Sudaneses and their revolutionary forces, including the Sudanese Communist Party.

As we are following with deep concern what is happening in Sudan, we the hereunder signed parties and organizations:

Support the People’s Uprising in Sudan

Trade unions and people’s movements have called for strikes and mass protests in response to the coup by the Sudanese military on Monday morning, October 25.

The International Peoples’ Assembly stands with the Sudanese Communist Party, trade unions and neighborhood resistance committees in the urgent call for international solidarity against the military coup.