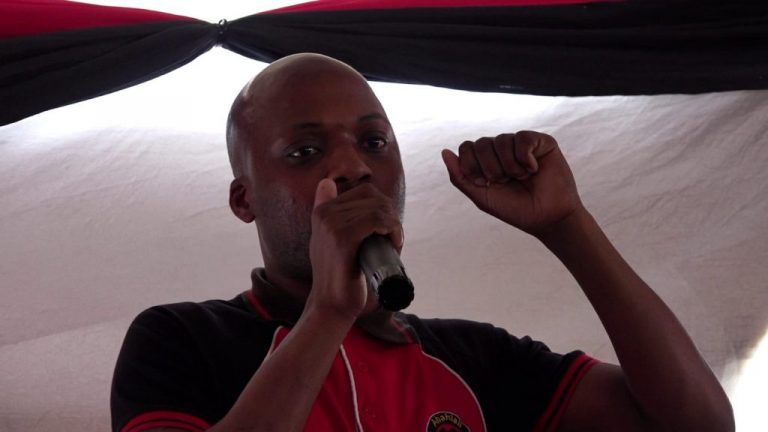 Yet another young life has been taken at the hands of the oppressors. Community leader Ayanda Ngila, of the Abahlali baseMjondolo people’s movement in South Africa, was assassinated after a series of persecutions and violence against him and his community.

As the International Peoples’ Assembly, we express our deepest solidarity and condolences to his family and comrades. We demand justice for Ayanda’s death and for all the violence against Abahlali baseMjondolo and the South African eKhenana Comune.

Around the world, the political and people’s organizations of the IPA stand and fight for Ayanda’s legacy in his struggle for land, dignity, freedom, and socialism.

Ayanda Ngila has just been murdered at eKhenana

Ayanda Ngila, a leader in the eKhenana Commune, a brilliant and committed young man, a visionary leader, has just been murdered at eKhenana. Four men entered the commune from the river side, where the communal garden is, and attacked Ayanda as he was working on the irrigation pipping.

The attack was led Khaya Ngubane, brother to Ntokozo Ngubane and son to NS Ngubane. This is the ANC group that has constantly borne false witness against our members, directed the police who to arrest and not to arrest, moved in and out of the office of the Chief Magistrate when our comrades appear in court, burnt homes, vandalised the infrastructure on the Commune and acted with total impunity against our members.

The Commune has come under relentlessly violent attack from the ANC, the police and the anti-land invasion unit. Its leaders have regularly been arrested on bogus charges, denied bail and detained in prison. Ayanda recently did six months in prison, was released when the charges were dropped and then sent back to prison on more bogus charges.

On Sunday he, and others, were welcomed back to the Commune in a beautiful celebration of solidarity. That night the ANC attacked people with axes. Now Ayanda is dead. Another principled and committed activist has been murdered by the ANC. Another young life has been squandered by our oppressors, another family left in pain.

Ayanda is a martyr in the struggle for land, dignity, freedom and socialism. His name will be celebrated around the world. We will ensure that his life honoured, and that his spirt lives on in our movement.

We express our deepest condolences to his family, the residents of the Commune and all who enjoyed his warm heart.

The ANC in Durban are violent criminals. We have found ourselves in a war. This is the time for solidarity and a collective refusal to bow to oppression.

No retreat, no surrender.